This week on the Romance Writers Weekly blog hop we're asked to write a piece of Flash Fiction using the following prompts: stockings, gingerbread, lamppost.
I have a love/hate relationship with Flash Fiction. I love the idea of it. I love seeing the different things people come up with using the same prompts. But I'm a plotter, and most of the time I simply CANNOT come up with anything fictional unless there's a character or a story or SOMETHING that I've already plotted out in my head that I can attach it to.
Luckily, I am swimming in Christmas stories these days. So coming up with this ended up being pretty easy. Here are Jake and Tony (and Tony's brother Tim) from my current WIP, Christmas Angel in a flashback scene that I had no idea I was going to write but which turned out perfectly.

“Race you to the lamppost,” Seven-year-old Tim said, challenging us to a race.

Surprised, I glanced at the kid, and then at Tony who rolled his eyes at his younger brother and sighed, “Tim. Get real. You know you can’t beat us, right?”

I mean, that was obvious. Tony and I were both nineteen and on the university’s track team. But the crestfallen look on Timo’s face made my chest tighten up. “Oh, I dunno,” I said, giving Tony’s shoulder a shove. “He looks pretty fast to me. And weren’t you just complaining about shin splints the other day?”

“Yeah, you were. And I just pulled my hamstring this morning, so…”

“Yes!” Tim pumped his fist in the air then shouted, “Onetwothree go!” And we were off. At least, one of us was. Tim took an early lead—in part because I’d grabbed a fistful of his brother’s jacket to slow him down.

“Would you stop?” Tony demanded. But he was laughing as he batted my hands away. We lurched along like that for several more feet, with both of us grabbing and shoving at each other, before I gave up subtlety and tackled him landing us both in a snow drift. “Omigod, you’re ridiculous,” he groaned as he lay pinned beneath me.

We were so close I could feel the soft puff of his breath on my skin. The urge to kiss him was almost overwhelming then. Given the way his eyes had darkened, I think he felt the same.

Our gazes caught and for a long, breathless moment we stared at each other. Neither of us spoke. There was no need for words.

Then an instant later, he’d given me a shove that rolled me off him. "Ouch!" I groaned, having landed on a rock. But he was already up and sprinting down the road after his brother by then, with me limping behind--because now I really had pulled a hamstring.

By the time I made it to the lamppost Tim was bouncing around doing a victory dance. And Tony was staring at me like he’d never seen me before. Not in a bad way, you understand. In fact, the look in his eyes had visions dancing in my head. Not of sugar plums, no. More like packages of candy-striped condoms and gingerbread-flavored lube.

What can I say? It was Christmas, after all.

We started back toward the house with Tim walking between us, babbling happily about what presents he was hoping to get and what treats he most liked to find in his stocking.

“What’s your favorite thing about Christmas?” he asked me.

“Candy canes,” I replied, as I smiled at Tony over his brother’s head. “There’s just something about having one of those big sticks in my mouth. Mmm. My mouth’s watering right now, just thinking about it.”

“I’ve always been a fan of ginger men, myself,” Tony said, directing a pointed look my head.

“I like to start at their feet. Nibble their toes, then move up and nibble along the edges of their ears.”

I swallowed hard. I was thankful I was wearing a beanie, just then, because I could feel my ears heating up and turning red just from his words.

Timmy shook his head. “What are you talking about? Gingerbread men don’t have ears. Or toes.”

“Are you sure?” Tony chuckled in response. “Maybe I’ve just always gotten to them before you.”

“Ewww. I don’t want your mouth on my cookies!” he said, then glared at us in disgust when we started to laugh. But then his eyes narrowed and, “Race you back,” he said, already running.

I grabbed Tony’s arm. He looked at me in surprise. “We’re not…?”

“No,” I said, eyes firmly focused on the road where Tim was just about to disappear around the bend. As soon as he was gone from sight, I pushed Tony off the track and into the trees.

Then my mouth was on his and his hands were fisted in my hair and the scent of pine was sharp all around us from the branches we’d snapped on our way. The only sounds were the rasp of our breaths and the shuffling of our feet as we fought the urge to climb each other like trees.

“I’m really glad you talked me into coming home with you for Christmas,” I told him when we’d finally broke away from each other. “But right now…I wish to God we were spending the weekend anywhere other than in your parents’ house.”

“Same,” Tony agreed, as he gulped for air, and his eyes gleamed with heat, and his lips twisted into a wry smile. “Same.”

Now, hop on over to Brenda Margriet's page and see what kind of story she's come up with. And don't forget to check out her book, Never Too Busy! 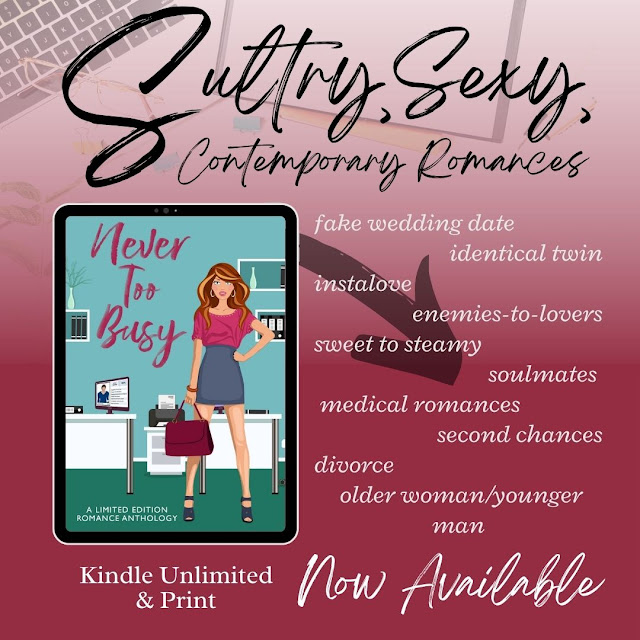 What's that saying? Never too busy for love?
The characters in this limited-edition anthology have been—until they come across the Never Too Busy Dating app. It caters to professionals thirty-years of age and older and promises to match them with the person of their dreams. After all, workaholics deserve a happily ever after, too.
Enjoy sultry, sexy stories featuring strong female leads and their determined partners in this brand-new collection!
Includes my story, MARGIN OF RISK!
His heart isn’t ready to heal. Her soul isn’t ready to trust. Neither is ready for a fake wedding date to restore their fractured spirits.
Get it HERE: https://www.amazon.com/gp/product/B09PHWH5Y7/ 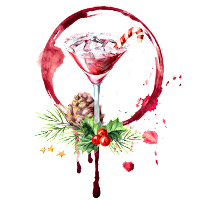 OUT NOW! IT'S RELEASE DAY FOR LIGHT UP THE NIGHT! 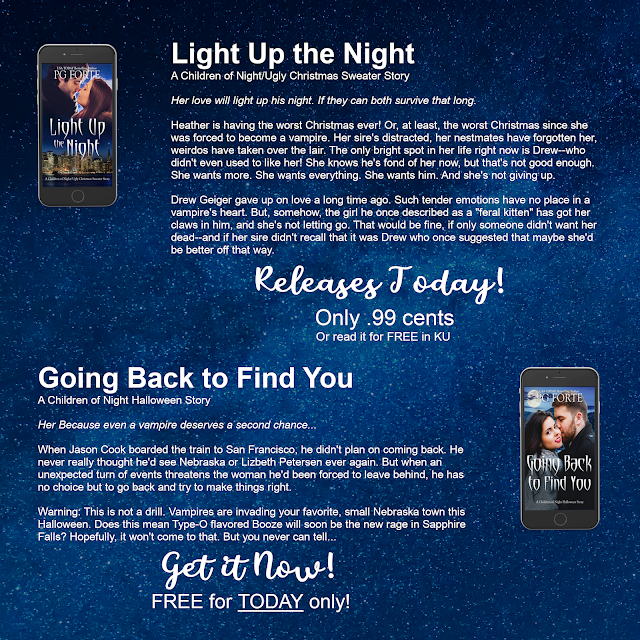 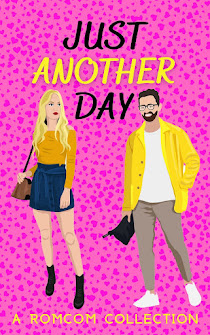 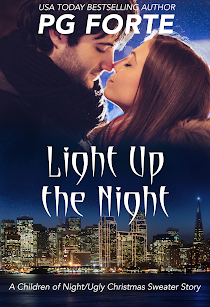 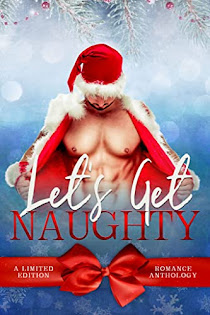 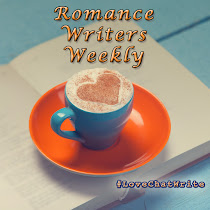 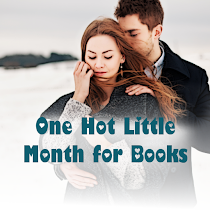 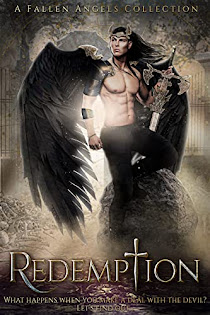 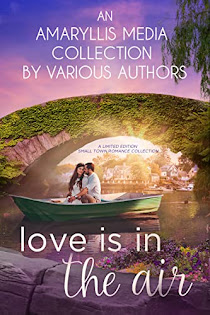 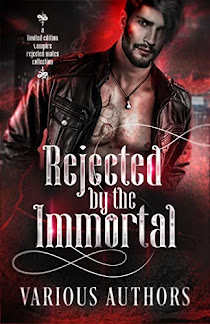 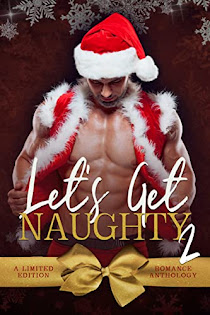 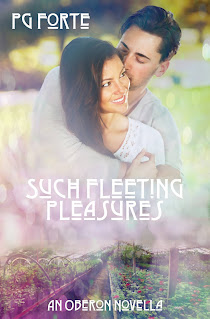