Hello blog-hoppers. Happy Halloween! You know the drill. Follow the tour all the way to the end and you'll be entered to win a slew of great books and other prizes. If you stumbled upon this by accident, go to  http://booknibbles.com/bloghop/ to start at the beginning. And don't forget to join us for one of our fun chats (details can be found HERE).

I have a bit of a confession to make. I couldn't find any Halloween-themed pictures of men to inspire me this year.  The women were okay. There were any number of attractive devils... 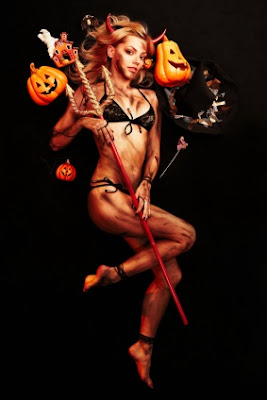 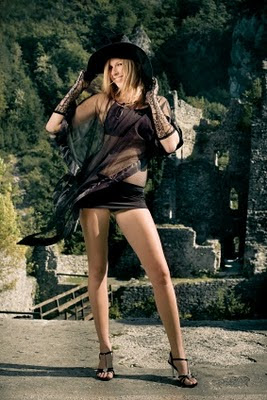 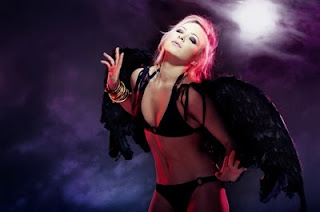 But the men were a problem,  you know? However, it all worked out in the end because that's what led me to think about some of the men that had inspired me this year.

So what did I come up with? Rugby.

Yes, rugby. Surprised me, too, because I am generally sooo not Sports Girl. And, to be perfectly honest, I still don't understand the first thing about the rules of the game...but it sure is fun to watch and the men are simply gorgeous. 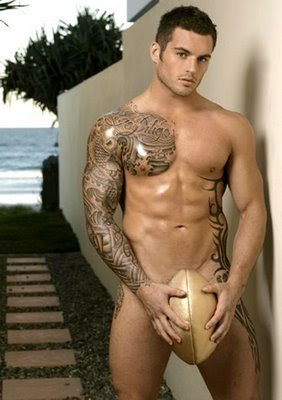 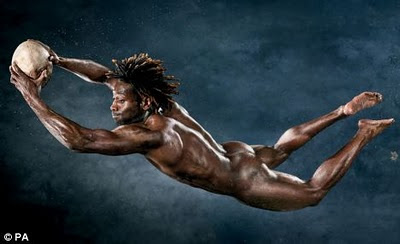 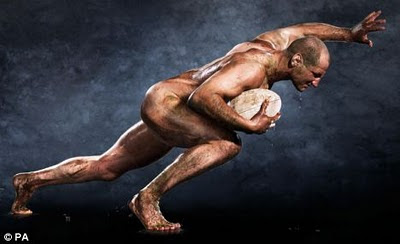 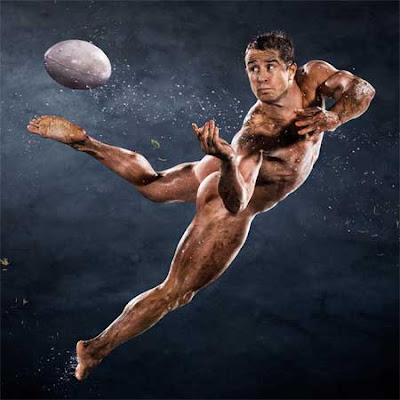 By the way, those last three photos are from a sports drink ad campaign. You can read more about that HERE.

And, now, because no blog-hop post would be complete without a video...


Well, that's it. I hoped you enjoyed this stop on your tour. Now, it's time to head to the showers. 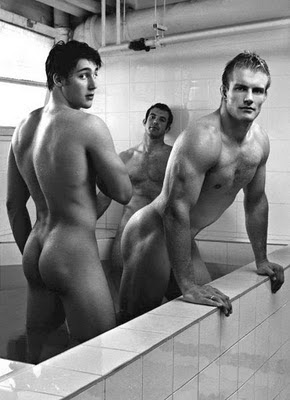 I'm also running a contest until the end of this month in conjunction with the print release of my vampire story, In the Dark. Click here for details: http://rhymeswithforeplay.blogspot.com/2010/10/in-dark-print-release.html
Posted by PG Forte at 10/29/2010 01:00:00 AM 24 comments:

IRON is an EPIC Finalist! A blacksmith with a tragic past, a faery princess with an uncertain future and a love that burns like iron.

When an immortal, shape-shifting fae arrives on his doorstep seeking shelter, Gavin O’Malley knows he’s in luck. For Aislinn can give him everything his life’s been missing. Now, all he has to do is find a way to keep her—without losing his soul in the process.

This week's snippet comes from Visions Before Midnight (Oberon: book 7). This is actually the book's opening (although, yeah, I messed around w/ the punctuation a little to make it closer to six sentences). But it's a moody little piece just right for this time of year...

For most people, night spreads a cloak of silence and mystery upon the natural world.  If we dare to venture outside after dusk, we hear little and see less.  At night, this world we think we own does not feel quite so much like home.  We may sense that there is an abundance of life here, we may even feel ourselves drawn to it at times, but it is a life that is always slightly beyond our ken; we are alien to it.
With every minute we stay within the shadowed borders of the land of night, the uneasy conviction grows stronger: we are not alone; we are being watched; we are being...hunted.
To buy this book go HERE

To read more about the series go HERE

There's still time to enter the contest I'm running in conjunction with the print release of my vampire story, In the Dark. Click here for details: http://rhymeswithforeplay.blogspot.com/2010/10/in-dark-print-release.html

This past week has been surprisingly warm but according to all the forecasts, we're due for some more seasonable weather. Of course, what's seasonal here along the California coast is not exactly typical of most places--all part of the charm, if you ask me. *g*  This week's six sentences come from A Sight to Dream Of, the second book in my Oberon series; a book I've been thinking about a lot in the last few weeks as life once again imitates art in some very unexpected ways.


As Sam steered his bike over the endlessly twisting road that followed the coast, he marveled at the changes he saw in everything around him. It was definitely autumn now. The air was drier than he’d remembered it; warm and faintly spicy. And the sky was a different shade of blue, like soft, faded denim with fuzzy, frayed patches of cloud. Leaves of yellow and gold and bright bursts of cherry red glowed on branches above his head and every tiny town he passed through now boasted a pumpkin patch or a costume store. It was hard to believe so much could have changed in only two weeks.
To buy this book go HERE

To read more about the series go HERE

I'm also running a contest this month in conjunction with the print release of my vampire story, In the Dark. Click here for details: http://rhymeswithforeplay.blogspot.com/2010/10/in-dark-print-release.html

Email ThisBlogThis!Share to TwitterShare to FacebookShare to Pinterest
Labels: A Sight to Dream Of, Oberon, six sentence sunday

Even though it's still early in October, my thoughts have already started turning toward Halloween. So this Six Sentence offering is from my first vampire story, In the Dark, which was just released in print this past week!

The cool, moist air carried the scents of earth and moss and stone and…something more. Something warm and delicious that flared her nostrils and teased her senses, tempting her to track it down, daring her to track it...
It was a comforting, familiar fragrance, one that was always there, always the same, vivid and welcoming, crucial for her survival. It was the scent of life. The scent of prey. The scent of blood.
I'm running a small contest in conjunction with this release. Click here for details: http://rhymeswithforeplay.blogspot.com/2010/10/in-dark-print-release.html

Email ThisBlogThis!Share to TwitterShare to FacebookShare to Pinterest
Labels: In the Dark, six sentence sunday

In the Dark ~ Print Release!

Yep, In the Dark, the first book in my Children of Night series, is now available in print as well as digital format. The book is so yummy looking with its chocolate brown cover, that it's inspiring me to run a little contest.
email me (pgforte@pgforte.com) and tell me the name of the iconic singer-songwriter whose music inspired Suzanne's move to San Francisco (hint: the answer can be found in the prologue) and I'll enter you to win some fabulous Vosges chocolate or a LUSH cosmetic bath bomb. Supply the specific song title (no, that's not spelled out in the prologue, but it's a real easy guess!) and you could also win one of these cool magnets: 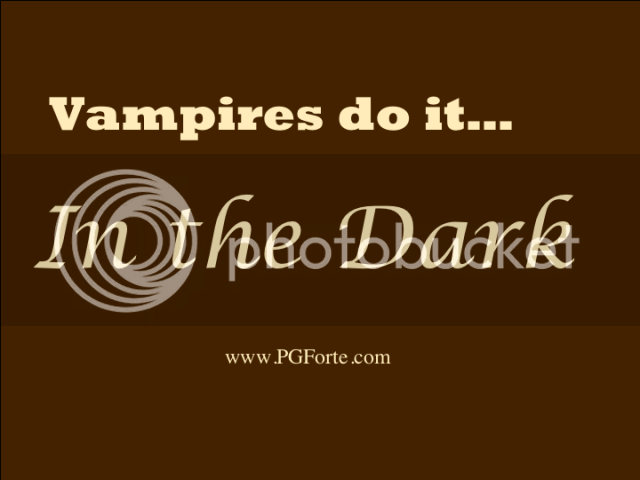 I have enough for several winners and I'm running the contest between now and Halloween...hey, what can I say? I'm making this up as I go along!
Click HERE (or on the cover at the top of the page) for more information on this title and to read the prologue.
And now, here's an extra excerpt...
“Isn’t this place fantastic?” Suzanne sighed as they strolled in the shadows of towering redwoods, breathing in all the cool, night scents. The fog was settling in, and between that and the trees, it should have been too dark to see. It wasn’t. Flickering torches, set along the winding paths that cut through the property took care of that. Given the costume she was wearing and the autumn breeze, she should have been shivering with cold. She wasn’t. The man walking beside her, with his electric voice and simmering smile, took care of that. “I don’t believe any of the rumors about it being haunted though, do you? I think it’s more like…well, like being in a fairy tale, or something.”
The sound of Conrad’s soft laughter made her cringe. He smiled indulgently. “A very dark fairy tale, perhaps, yes? Populated with monsters and demons and things too terrible to mention.”
Suzanne bit her lip. Fairy tales. What must he think of her, hearing her talk about such silly things? He was older—how much older, she couldn’t say, but definitely over thirty—and more worldly and cultured and altogether more fascinating than anyone she’d ever met before. And here she was, when she should be trying to act as sophisticated as possible, saying things only a baby would think to say. “I just meant…well, it’s just such a…such a gas to be here, don’t you think so too? I wonder who owns it.”

He slanted a curious look her way. “Don’t you know? Who brought you here, anyway?”

“No one, really. I was with some friends the other day and I guess they’d overheard some other people talking about it. They said they throw parties like this almost every weekend and that it was a real happening scene. So I thought I’d come and see for myself.”

“A happening scene. I see.” They walked a few more steps before Conrad asked, almost hesitantly, “So…is that…is that a good thing then?”

“Conrad! Of course it is!” Laughter bubbled up before she even considered that, perhaps, he was making fun of her, but the look in his eyes told her he wasn’t. “Look around you,” she said, slipping her arm free of his so she could twirl in place, her arms spread wide. “It’s all so…dreamy.” However older and worldly he might be, there were still things he didn’t know. She liked that. She liked the rush of power she got from the thought there were things she could teach him, things she could show him and tell him about—new things, things he might never even think of on his own. The realization left her so jubilant she didn’t even protest when he took hold of her hand and pulled her into his arms.

His kiss was nothing like she’d expected. It was earthy and dark, with just a hint of buried sweetness and a taste that was almost familiar. Tempting, yet somehow forbidden, just like the baker’s chocolate she’d once watched her foster mother use to make a cake.

The tantalizing scent as it melted in the top of the double boiler had made Suzanne salivate. No matter how much she’d begged for a piece, she wasn’t allowed so much as a crumb. So, that night, she’d crept down to the kitchen and stolen a square. It, too, was nothing like she’d expected. Bitter, intense, but exciting, all the same. Like her first sip of coffee. Or her first taste of love.

The press of Conrad’s mouth on hers was hypnotic. She couldn’t break the spell his kiss laid on her even if she’d wanted to. No more than she could keep from moaning in protest when he pulled away. His hand slid across her bare back, took hold of her hair and tugged. She let her head fall back as his open mouth ghosted, warm and wet, over her neck, as though he was searching for just the right spot. Her heart seemed to stop. The night grew still. Even the breeze seemed to settle as she waited, breathless for…something.

Instead, Conrad’s mouth reversed course, traveling back up her neck to her ear where he whispered, “So much sweetness. It would be a shame to rush what should be savored. You’ll spend the night with me.”
Posted by PG Forte at 10/06/2010 06:25:00 PM 3 comments: