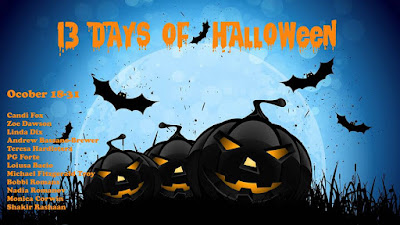 Hello and welcome to day 6 of the 13 Days of Halloween Blog Hop! If you missed yesterday's post it's at: All Things Candi http://allthingscandi.blogspot.com/2015/10/lokis-revenge.html?zx=9a14eea0ace70c3e

Today's post offers a look at the lighter side of haunting...although I suspect I find the story more amusing than most of the people involved. Oh, did I mention this is a true story?

I'm no stranger to bi-location. For those of you who aren't sure what that is, it's basically the ability to be in two places at once. It's a form of astral projection, the main distinction being that, when you bi-locate, people can see your astral form and you retain some (usually very slight) ability to interact with them or with physical objects that you come into contact with.

For example, the first time I recall bi-locating was when I was about two-and-a-half years old. We were visiting my grandparents (who lived next door) and as this was in an era before child monitors, my parents chose to put me down for my nap there rather than carry me home where I'd be alone and too far to be heard. This did not suit me nearly as well as it did them. I was uncomfortable sleeping in an unfamiliar location and worse yet, I was missing my favorite stuffed animal. So I traveled home and retrieved it from my crib--much to everyone's consternation when they went to get me up. It was generally assumed that one of my older cousins must have felt bad for me and took it upon themselves to go and get it for me (and then subsequently refused to come forward and admit it, thinking that they'd get in trouble). Obviously, no one thought to ask me, but if they had...eh, they probably wouldn't have believed me anyway.

Apparently, the ability runs in my family, as I'm not the only one who's done it. When my sister was in college she used to come back for visits periodically. The first time it happened I thought I'd simply dreamed it--until my sister called the next morning and was able to recount our entire conversation.

Many years later, I was living on the other side of the country. My parents had sold the house where I'd grown up by that point and I wasn't handling it well. I don't like change--I feel like I should mention that point. It bothered me that I no longer had access to the house, or that my children would never get to see where I grew up. It bothered me more than it should, to the point where I began visiting it in my dreams.

These dreams were oddly unsatisfying due to the fact that I was perplexed by the obvious changes that had been made to the house. There was a different carpet on the floor. The furniture was different. And I didn't recognize any of the people I encountered sleeping in the various bedrooms. I assumed they were guests, so mostly I left them alone. But sometimes I'd wake them up to ask them if they knew about the changes.

Unfortunately, they rarely seemed to understand what I was saying. None of them wanted to talk to me. Some of the time they'd pull the covers over their heads. Other times, they'd run from the room. It was rude and annoying...and then I'd wake up back in my own bed on the opposite coast wondering what my subconscious mind was trying to tell me with these crazy dreams!

This went on for several months.

On one of my visits, I discovered that someone had attached several flimsy looking book shelves to one of the walls in the living room. Did I mention I don't like change? I really don't. So no one who knows me would be surprised that I could not just leave things as they were. I decided to put the books back where they belonged--on the built in shelves that flanked the large bow window on the other side of the room.

This, however, proved to be a surprisingly difficult task. For some reason the books kept slipping from my hands. Eventually I got so angry I knocked a whole bunch of them off the shelf and onto the floor.  I guess I must have woken someone up because I heard a noise behind me and, when I turned around, I found a strange man staring at me in horror. I started towards him, intending to ask him to help me move the books but he turned and ran from the room too.Like I said: Rude. And annoying.

On my last visit, I found myself up on the roof trying to gain access to the house via my former bedroom window. My grandmother (who was dead) appeared floating in the air nearby and called me away from the house. She told me I didn't belong there anymore and made me promise not to go there anymore...a promise I've mostly kept.

The dreams stopped at that point and I didn't think any more about it until one day--I think it was about a year or so later--I received a phone call from my brother who had moved back into the neighborhood where we used to live. He told me he'd been introduced to the man who now owned our family's house, and that this man immediately began to ask him a series of very strange questions. Like had anyone ever died in the house? Had anyone ever complained that it was haunted? Did we ever have any trouble with books falling off shelves in the middle of the night?

That's when it hit me. I'd become a ghost without even realizing it. Uh...oops?


I hope you're enjoying our hop. The next post in the hop goes up tomorrow at: https://www.facebook.com/michael.f.troy

If you enjoy romantic suspense with a psychic twist I hope you'll check out the Oberon series. 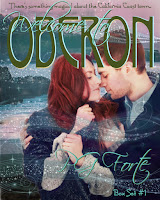 There’s something magical about the California Coast town. Oberon’s idyllic setting makes it a perennial favorite with tourists, but danger lurks beneath the bright surface and things there are seldom what they seem. Visitors and residents alike find their lives forever changed by mystery, romance and intrigue.

Contemporary romance meets magic realism in this engaging series by PG Forte. This first set, Welcome to Oberon, contains three full-length novels. While each book can be read on its own, you’ll want to return again and again to visit with the friends you’ve met within their pages. 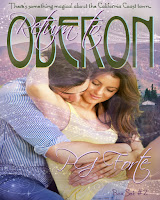 Welcome back to bewitching Oberon, California! This small, coastal town is an enchanting place. Anything can happen here – and all too often it does! Clinging to corrugated cliffs above a windswept beach, and isolated amid a tangled network of canyons and creeks, Oberon can be a hard place to get to. But, as all too many visitors have learned over the years, it can be an even harder place to leave behind.

The series continues with books four through six. Once again, these are full-length novels. Although many of the same characters appear in each one, all the books in this collection can be read as stand-alone stories. 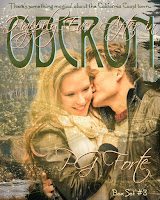 Mystical forces are once again at work in Oberon, the quirky small town set amid the beaches, wineries and forests of California’s Central Coast. Evil has come home to roost, an evil that threatens everyone’s happy endings and that brings with it a darkness that only love can dispel.

The exciting Oberon series concludes in Happily Ever After in Oberon, a collection that contains books seven through nine. Once again, these are full-length novels in whose pages you will re-visit many of the characters you’ve previously met. Unlike the first two collections, however, a familiarity with those earlier books is recommended.