So it's St. Patrick's Day and I suppose I should be having little shamrocks falling down the page instead of roses, but I just finished my blog re-design...and my web re-design and several other art projects as well, and it's late and I'm tired so let's just imagine they're there, shall we?

What I do have, in lieu of shamrocks, is an excerpt from my Irish-themed story, Iron. Enjoy! 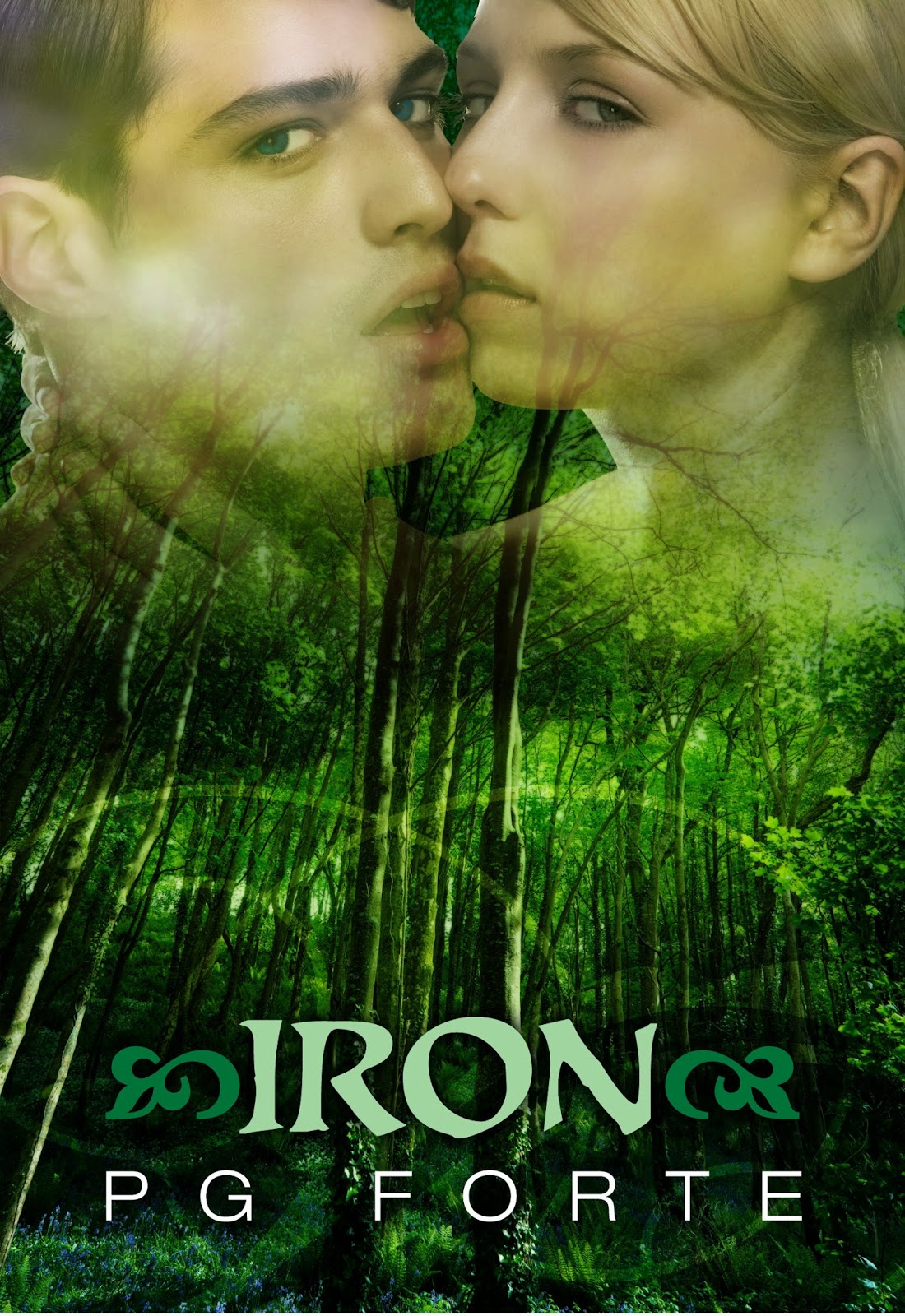 Blurb: Nineteenth century Ireland. Blacksmith Gavin O’Malley is a bitter man, with a heart as hard as the iron he forges. He wants his life back--the one that was stolen from him the day his wife died in childbirth--taking their firstborn son with her.

When Aislinn Deirbhile, an immortal, shape-shifting fae, arrives on his doorstep, he knows he’s in luck. For Aislinn can give Gavin everything he’s been missing: A devoted-seeming wife in the image of his beloved Mairead, and children who are sure to outlive their father. Now, all he has to do is find a way to keep her--without losing his immortal soul in the process.

But Aislinn has an agenda of her own. On the run from a vengeful fae lord who’s vowed to either make her his or end her existence, she knows the iron that allows Gavin to take her captive will also keep her pursuers at bay. In order to put herself permanently beyond her enemy’s reach, however, Aislinn will need something more. She’ll need to win Gavin’s heart and convince him to willingly part with a piece of the very soul he’s trying to save.

The weeks continued to pass and it seemed to Gavin that if only time were not rushing away from him, as it was, he might find the time to think rationally about the matter. But time did not stop and rationality was nowhere to be found, and all too soon it was summer.

All at once, the roses were in bloom and the constant chirping of baby birds begging for their next meal had been replaced by the lazy drone of bees foraging among the flowers. The branches of the apple tree, which had long since lost their blossoms, were bent now under the weight of green fruit and the warm, sweet scent of clover greeted Gavin whenever he stepped foot out of doors.

But the changes to the landscape were insignificant next to the alteration the season had wrought in Aislinn’s appearance. She was even lovelier now than she’d been when first he saw her. Though how that was possible he didn’t rightly know, for she’d seemed then to be the most beautiful woman he’d ever laid eyes on. Now, however, her cheeks were rosy and flushed--even though she’d not set foot outside since that day he’d dragged her to the forge--and there was a new lushness to her body that held him utterly transfixed. It was as though she embodied summer; as though the season itself radiated from her, charging the atmosphere around her until Gavin would have sworn he was living within a sun-drenched glen, or a palace of sorts; anything other than an ordinary cottage.

But, that was just by day. At night, her presence infused his rooms with all the warm, wild glory of a sultry, star-studded night--and she the brightest star of all--until the mere sight of her, lying beside him in bed, left Gavin awe-struck and dazzled, too hesitant to even touch her.

“You’ve a peculiar look about you,” she observed, on one such night, her brow puckering slightly as she studied his face. “Is aught wrong with ye?”

He started to shake his head no, and then changed his mind. “Aye,” he answered, struggling for words. “Perhaps. Or, nay, now I think on it. ’Tis you. ’Tis everything about you ... do you know how beautiful you are?”
An amused smile curled one corner of her mouth. “I do, aye, for ’tis summer, is it not? Do you not recall my saying you knew naught of my true nature, having never seen me at this time of year?” She cast back the covers so there was nothing hiding her from his sight and stretched languidly. “So, Gavin O’Malley, do you like what you see? Does it please you? What is it you feel when you look at me? Tell me. For ’tis been a long time since I’ve been admired by a man who was seeing me thus for the first time.”

Gavin’s eyes roved greedily, taking it all in. But his thoughts were a muddle and, “How do I feel?” Ah, if only he knew the answer to that. He felt ... distracted, conflicted, confused, humbled and, “Fearful,” he replied at last.

“Fearful, are ye?” A silvery laugh broke free from Aislinn’s lips and swept through Gavin, brightening his spirit like a sudden shower after a dusty day. “And what is it you’re afraid of then, my darling one? Surely not of me?”

He nodded, still reeling from the effects of her laugh. “Aye, of you, indeed. Mortally afraid, I be.”

“You silly man,” she murmured, circling her arms around his neck and grinning up at him. “And why, pray tell? Dost thou think I would ever hurt you?”

Gavin sighed. Reaching a hand to her head, he fingered a strand of her hair, which still gleamed gold, even in the starlight. “Lass, I think you could very well destroy me. And I think you know it, too.” He shook his head. “I’m a simple man, Aislinn, whereas you...”

“Are not so simple?” she supplied helpfully, as her smile dimmed and turned mocking.

“Not even a little bit.”

“Perhaps not. But, I didn’t ask for it to be thus, you know. Besides, mo chroí,” she murmured wickedly, her smile returning as she rubbed her mound against him. “I’ve always been one who’s enjoyed the simple things life has to offer.”

“Have you now?” He took hold of her hips and pulled her against him, letting her feel the growing length of his shaft, enjoying the smoky look it brought to her eyes, the slight hitch in her breathing. Fearful or not, he planned to take full advantage of all that she offered; for he was a man, after all, and she was a risk well worth the taking. “And would I be one of those simple things to which you’re referring, then?”

“Oh, you are indeed, mo chroí,” she breathed delightedly. “Without a doubt.” 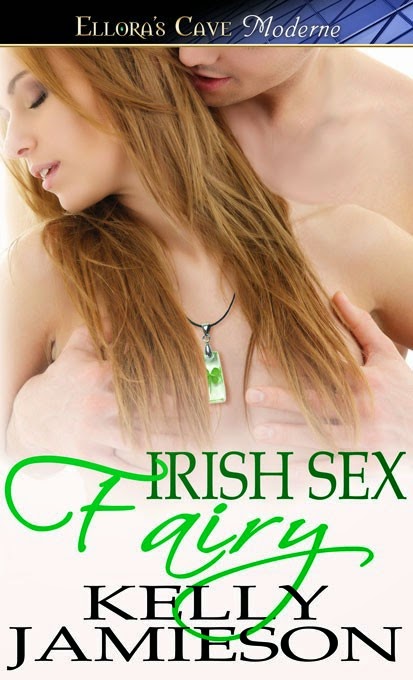 The Irish Sex Fairy believes sex will cure all problems…

So says Great-aunt Maeve, owner of the Irish Sex Fairy, a sex shop in Kilkenny, California. When stressed-out Keara visits Maeve after a hostage situation where she was held at gunpoint, she’s ready to try anything to get over the flashbacks and nightmares and intense guilt over her role in the incident.

Enter sexy Shane Dunstan, Kilkenny’s deputy police chief and old flame of Keara’s. With black hair and blue eyes and a body a girl could easily lose herself in for a lifetime, he’s perfect for putting Maeve’s remedy to the test. He’s more than happy to help. A lot.

But while all the sizzling sex does seem to make Keara feel better, it creates a whole new set of problems. Keara needs to overcome her fears and get back to her career, but that means leaving Shane and Maeve. And when the past comes back to haunt her in a terrifying encounter, she’s about to find out just how effective Maeve’s cure-all is.