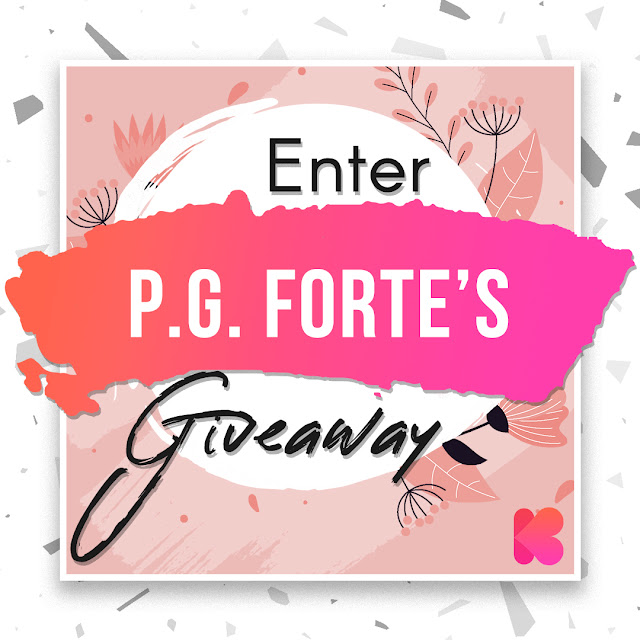 a Rafflecopter giveaway
As I mentioned in my last post. In the Dark has been serialized by KISS and is now available on the app! And thanks to the lovely people at KISS I have 50 coins to give away (each) to four lucky winners.

KISS is a new and exciting way to experience Romance stories of all genres. Enjoy serialized quality content from NYT and USA Today bestselling authors, available right from your phone.

KISS has hundreds of titles and authors to choose from, including new and exclusive content from some of your favorite voices!

Best of all, you can choose just how much to read with our pay-as-you-go format!

My giveaway will run until April 25th. Each "task" gains you another point and some can be done every day (if you're the competitive type).

Email ThisBlogThis!Share to TwitterShare to FacebookShare to Pinterest
Labels: #KissApp, Children of Night, giveaways, In the Dark, serial fiction 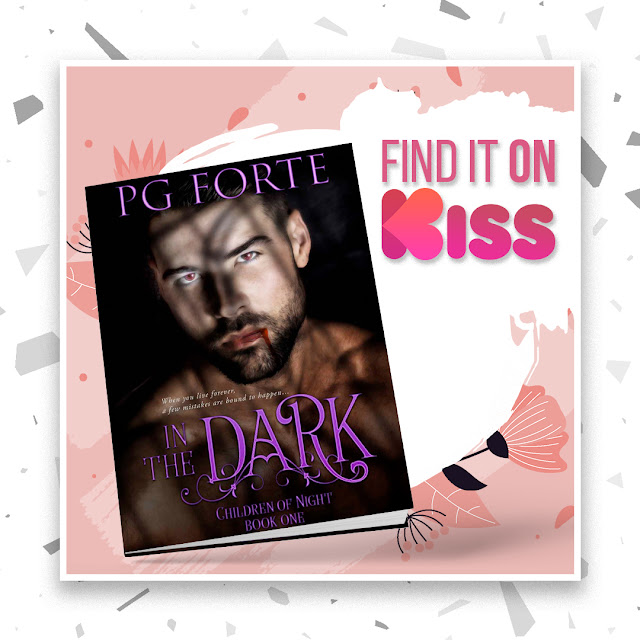 I am beyond excited to announce that In the Dark is now available on the KISS app--and the next two books in the series are also scheduled to make an appearance there soon.

I'll be running a giveaway for coins in the very near future--they might have sprung this on my a little fast, just sayin'--so check back here for details!

BLURB: When you live forever, a few mistakes are bound to happen.

Vampire Conrad Quintano has been around for centuries -- long enough to know falling for a human is a terrible idea. Much less falling for adventure-seeking hippie Desert Rose and agreeing to raise her babies.
Raised in virtual isolation, Marc and Julie Fischer have never known their unique status in the world. But once they're in San Francisco, the family reunion is nothing like they anticipated and they're thrust into a world they're completely unprepared for.
EXCERPT:
“This whole scene is seriously screwed up,"Marc complained. "It makes me want to punch something. I hate all this stupid vampire drama.” He paused, running his hands through his hair, trying to shake the moodiness threatening to overtake him again. “It just never stops, does it?”
Julie rolled her eyes. “Here we go again. Why would it stop, Marc? We’re vampires. Always were, always gonna be. I can’t believe you’re still trying to dream up idiotic reasons not to admit that. We’re different, so what? Learn to deal with it, already. Or, you know what? Don’t. If it honestly makes you feel that much better to pretend we’re really space aliens instead, then go for it, Star-man, live long and prosper.”
Marc flushed. Not fair. He’d never pretended they were something they weren’t. He’d merely theorized on the various possibilities. And it had been years since he’d floated the idea they might have evolved from some kind of alien life form. Decades maybe. Even though anybody with brains would have to agree that a dip in the extraterrestrial gene pool was a good, solid, reasonable explanation for the way they’d all turned out. It was scientific, logical and so much better than the traditional theory—that they’d originated from demon spawn.
Aliens, by virtue of the fact they’d had to travel through space to get here, were obviously smart, technologically advanced and, in all likelihood, peaceful ambassadors from a better, brighter world. Vampires, on the other hand, were murderers. They were monsters. They were the quintessential fairy-tale villains—right up there with ogres and trolls and gorgons—the kind of creature nightmares were made of.
Who in the hell would choose to be something like that if they didn’t have to?
“You know what I think?” He grabbed one of Julie’s paperbacks from the stack by the window seat and waved it in her face. “I think you just like the idea of being a vampire ’cause you think it’s sexy. I mean, look at this crap you read.” He opened the book at random and read aloud. “…satisfaction gleamed in the prince’s dark eyes as he drew back and looked her over, still licking the last traces of blood from his lips. My blood, Celeste thought, her breasts rising and falling more quickly with the realization. It was her blood, her life force from which he’d been feeding and her body ached with the need to give him more.”
“Give it back!” Julie reached out to snatch the book from his hand.
Marc smirked. “Is that really how feeding makes you feel? Do your eyes gleam with satisfaction when you do it? Maybe, next time you eat, you could take out your mirror and check to see. Oh, but, wait a minute—” He smacked himself in the head. “Since you’re a vampire, I guess you must be invisible in mirrors too, huh?”
“Funny.” Julie gazed at him resentfully. “You know what, Marc? It’s called fiction. And, for your information, if it’s got a good story and three-dimensional characters, nobody cares if some of the facts are a little sketchy.”
“Whatever.” His anger spent, Marc dropped into an armchair facing his sister. “Think what you want.”
Obviously, they could both see their reflections just fine when they looked in a mirror. They didn’t need to sleep in their native soil—thank the stars for that! Holy water didn’t do a damn thing other than get them wet. And, no matter how debilitating they found sunlight to be, they’d certainly never yet burst into flames when they’d gone out during the day. As for the question of whether or not they should accept being labeled as vampire when they clearly didn’t fit the mythological profile—well, that was a long-dead horse. Not even. It was horse dust. And no amount of beating was ever gonna make it run.
Doesn’t any of it bother her, he wondered. Or did Julie never even think about how weird their lives were, how aimless and disconnected, how relatively empty—and, yes, damn it, how different from most other people’s. Like he’d really needed her to point that out! Marc knew damn well they were different. He’d always known. There’d never been a time in his life when he hadn’t felt that way, even when they were kids. No, especially when they were kids. Growing up with no parents. Schooled by private tutors. Moved every four to six years to a new house, a new community, where, once again, they’d be discouraged from interacting with anyone who hadn’t been carefully screened by either their grandfather or their uncle—the only two constants in their constantly changing lives.
Then there were the admonitions, repeated over and over again, until they were second nature. We don’t feed in public. We don’t show our fangs to the other children on the playground. What’s said in this house, stays in this house. And, most important of all: You must never tell anyone who or what we really are.
The only trouble with that, Marc thought, as he ran his tongue over the small protuberances on the roof of his mouth that hid his retracted fangs, was that he really didn’t know what he was, and he wasn’t always as certain of the “who” part as he’d like to be either.
Posted by PG Forte at 4/12/2021 08:32:00 PM No comments: