The Tale of the Three Little Authors

Or...How to Tell a Hobby from a Career

Being the voluble and egregiously opinionated person that I am, I have my own thoughts on the career VS hobby debate that’s been going on (seemingly forever) at RWA. At first glance, it might seem like the question—what makes someone a career author as opposed to a hobbyist—would be an easy one to answer.

Many of us have careers—you know, those things that typically eat up all the time we have left over after we’ve taken care of family obligations, swallowed a few bites of food and gotten our four-to-five hours of sleep each night? Usually, for most of us that have them, our career is also the way in which we earn our living. Which is not to say that money = career all the time.

Doctors frequently start out owing more than they make and actors…well, sometimes they never get past that point. Which is why their day jobs are called jobs and acting is well…still not a hobby. But, suffice it to say that income is usually some part of the career equation.

Most of us are also pretty confident we know what hobbies are. They're things like reading, bird watching, knitting, stamp collecting, golfing, bowling, tying flies; activities and interests that frequently appear impossibly tedious to those who don’t share our enjoyment. But, to those of us who choose to indulge in them, our hobbies are pleasurable pastimes, possibly even addictions.

I don’t know, is eating chocolate a hobby, do you think?

But, however much we might enjoy them, our hobbies are not the kind of thing we would typically offer in answer to the question: And what do you do?

Also, although we may occasionally enter contests that involve our hobbies, some of which may or may not offer cash prizes, our hobbies are not, generally speaking, the kinds of activities we look to monetize.

Although the eating chocolate thing—that would be fun to try, wouldn’t it?

Now, since English is a living language, unlike Latin, I realize that certain words, such as career, hobby and…oh, I don’t know, 'excellence' springs to mind for some reason, don’t ask me why…might mean very different things to you than they do to me. So, instead of arguing over definitions, I’m going to fall back on the time-honored tradition of storytelling to make my point.

My story begins as all good stories should: It was a dark and stormy night.

Once upon a time there were three little authors who wanted, more than almost anything else in the world, to make a career for themselves as romance writers. These three authors took their dreams very seriously. They worked hard to hone their craft. They studied, they read, they joined big, helpful associations with long, fancy sounding names where they learned everything they could about fulls and partials and ARCs, about genres and word lengths and POVs. They learned about submission…um, no, sorry, I mean submissions. They learned about queries…

Bet you thought I was going to go somewhere else with that one too, huh?

Now, I must pause here to explain that, were you to be hearing this read aloud by means of some sort of text-to-speech technology that the Author’s Guild would no doubt be attempting to ban (but that’s a story for another day) that last paragraph might be accompanied by the sound of a choir singing the Hallelujah Chorus, something like this:

Beautiful, isn’t it? We’ll just let that run as we continue...

The three little authors were all justly proud of their accomplishment. They were also somewhat tired and in serious need of large quantities of chocolate…and possibly tequila. But, much as they’d have liked to be able to kick back and celebrate, they knew this was no time to be resting on their laurels because, as everyone at the big helpful association with the long, fancy sounding name had been telling them, now came the really hard part: selling their books.

So, after taking the evening off to just kind of lean against those laurels (just a little tiny bit) the next day found the three little authors back at their computers once again. They polished their manuscripts and they proofread them, they crossed their fingers and sent copies off to their critique partners asking them to be brutally honest.

Yes, they lied about that part.

And, while they waited for the critiques to come back, they made lists of all the editors and all the agents that the big helpful association with the long, fancy sounding name suggested were the only people in the whole, wide publishing world worth submitting your books to.

When, at long last, the books had been proofed and polished and critiqued to within an inch of their virtual lives, the authors, content that they’d produced the best work of which they were currently capable, kissed their books good-bye and sent them out into the big, wide publishing world in hopes they’d find a good and profitable home (preferably one where they’d enjoy a wide audience, large print runs and good distribution).

What? You really don’t kiss your books good-bye before you send them off? Okay, no matter.

Time passed. In some cases, a lot of time passed. Leaves fell. Hair turned gray. The world grew older. But, eventually, all three of the authors’ books had received rejections from all of the editors and each of the agents to whom they’d been submitted.

Audio tech notes. This part should sound something like this:

Having their dreams deferred put all three of the little authors into very gloomy moods, just like this music might. However, this is the part of the tale where things really start to get interesting; because it’s at this point that each of the three little authors decide to do things just a little differently...

The first author, still shaking her head over the latest rejection and feeling just a little discouraged, said, “Oh! This book is No Good! I shall write another one!” And she did. She shoved her first manuscript under her bed, sat back down and went right to work on her second book.

More time passed. Eventually, this book was also completed; and, after another evening of chocolate and tequila and leaning (a little more heavily this time) against the laurels, and another round of proofing and polishing and punishing critiques, the first author sent this book out into the world, as well—to all the same publishers and most of the same agents who’d received her first book. And it, too, met with rejection.

Meanwhile, the second little author was also working hard at making her dream of publication come true. She, too, had been discouraged when her first book was so definitively rejected. “Oh!” she said, carefully filing the letter away along with all the others she had received so that she could re-read them later if she needed inspiration. “This book is No Good! I shall re-write it!” And she did. Reopening the word doc where her story resided she began right away to re-work her story based on the advice and suggestions she’d received along with all those rejections.

Luckily for the second little author, she did not live in a far off century (such as the nineteen hundreds) before computers were invented, back when words like ‘cut’ and ‘paste’ had literal meanings and books took a whole lot longer to rewrite than they do today. It took the second little author very little time to make all the changes she wanted to make.

Like the first author, the second little author would occasionally send a few chapters of her WiP off to a contest where the judges for the second round were many of the same editors and agents who had already rejected her story in its original version. Sadly, however, though she continued to get really encouraging responses (along with many more contradictory suggestions on new ways to change and improve her story) just like the first author, the second author was also unable to attain her ‘first sale’ pin.

The third little author may have started out just as discouraged as her sisters, but she was not nearly as patient. I think she may have been feeling just a tad claustrophobic, as well. You see, everyone at the big, helpful association with the long, fancy sounding name had been insisting, for quite some time, that there was only one, very narrow path to publication success and it lay along something they liked to call the Career Development Continuum.

The third little author wasn’t feeling the CDC. For one thing, she wasn’t altogether certain what it was. For another…well, I’m not sure but I think there may have been some question in her mind about drummers...or different drummers, or—

Look, I know guitarists get all the attention, okay? But drummers have really nice arms. Check it out… 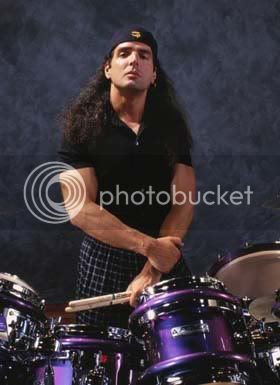 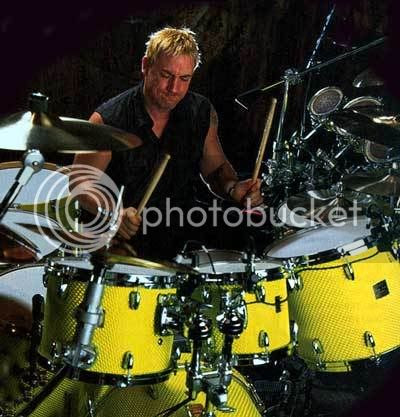 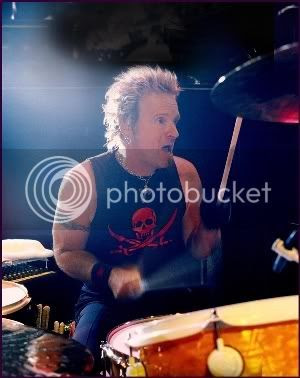 Uh, sorry. Kinda forgot where I was for a minute. Let's continue…

“I know this might not be the best book in the world,” the third little author told her cat as she crumpled up her latest rejection letter and tossed it on the floor for her to play with. “But I’ve thrown books against the wall that were a whole lot worse—and they got published! I’m going to go back online and look to see if there isn’t anyone else out there who’d be interested in publishing this book.” And she did.

She went back to the keyboard and Googled up e-pubs and small press pubs and POD pubs and Irish pubs and...well, maybe not. And, in a surprisingly short period of time (because she was able to simultaneously submit her ms electronically) the third little author found a publisher who accepted her book and sent her a contract.

The third little author was overjoyed. After dancing around the room and scaring the bejeezus out of her cat, she ran to her computer and quickly emailed the big, helpful association with the long, fancy sounding name and said: “Send me my pin!”

Because, while it was true she hadn’t received the promise of a big, fat advance check from her publisher the quarterly royalty checks they sent her seemed real enough. And, yes, her friends and family who lived in far off places couldn’t always go to the large chain bookstores at their neighborhood malls and stand around admiring her books on the shelves there. But, still, those POD copies she took to booksignings at her local bookstore seemed pretty real to her too.

And—heaven knows—she received just as many interruptions while she was trying to work as she ever had from all the people she knew who’d never been convinced that writing was a real job in the first place.

Now, because I know you're all waiting for the HEA, I’m pleased to tell you that eventually all three of the little authors achieved their NYT bestselling dreams. One fine day, when they least expected it, one of the many, many, many query letters they’d continued to send out over the years landed on the desk of a clever and discerning agent who quickly requested the full and almost as quickly sold it (at auction, in a very nice, three book deal) to a major publisher.