An Excerpt from Visions Before Midnight

I'm blogging about Epilogues today at Nine Naughty Novelists and happened to mention the Epilogue from Visions Before Midnight. So, for the benefit of those of you who are interested, here's the epilogue in its entirety.
Yes, it contains some minor spoilers--Perdonarme! But nothing too blatant...I hope. Enjoy!
Epilogue
Three Weeks Later

The full moon shed its light upon the barren ground as a lone figure made his way through the silent forest; his hands stained with blood, his heart filled with laughter.

The house toward which he was headed had stood empty for many years. It had been a mansion, once, though; home to one of Oberon’s most prominent families. Until it, and the family, had fallen on hard times.

Gregg rubbed his hand over his shaved skull and laughed softly. So, okay, maybe not by the hair, in his case. But, he was definitely back in Mama’s lap now. And that was fine by him. It beat being married to the bitch, after all. He’d grown old lying in Time’s bed, getting fucked by the old hag, year after year; locked away in a cell, waiting for his chance, thinking about all the mistakes he’d made––and figuring out how not to make them again next time around.

That was something else you could say about Time. She was a hard teacher, but a damn good one. He knew just what to do now, how to put himself back on top.

He looked around the cold, dirty kitchen. The house was going to take some work to get ready. It would take money, too, but he had plenty of that. And, soon, it would make the perfect Ashram. The perfect Church. The perfect home base for the cult he was going to start, right here in Oberon.

He couldn’t have asked for a better set up. The house was large enough to bed an army, it was secluded enough to escape detection, and it was located on one of the biggest psychic hot-spots on the face of the planet. He got hard just thinking about all the sensitives who he’d draw here; to exploit and to use.
All the seekers of truth and knowledge. All the seekers of power, too. Angels and devils. They were searching after such very different things, and yet...how very much alike they were at heart. Easy to fool. Easy to manipulate. All of them so desperate to find the answers; so willing to believe you when you told them that they had.

There was only one thing that still frustrated him. Sinead Quinn. She’d eluded him again. And, just when he thought he had her, too. For weeks he’d sworn he’d felt her responding to his call. He’d felt her mind as it struggled to resist him, he’d felt her refusal to yield, and all the pain that refusal cost her. And then...nothing. Maybe it had been too much for her. It could be he’d frightened her away again; or maybe, this time, he’d killed her.

That was a possibility, he supposed. It had always been a risk, after all. But great rewards were worth great risks. Especially in this case––where she took the risk and he’d have taken the reward.

Still, it was a disappointment. She’d fucked his record. She was the only one who’d ever gotten away from him––the only one who mattered, that is. But, if she was that easy to kill, he guessed he really didn’t need her anymore, anyway. He’d find someone else to dream for him. Someone stronger, tougher. Oberon was full of such talent.

He passed through the kitchen, through the narrow butler’s pantry with its walls of shelves, through the paneled dining room, and then up the stairs and into his bedroom. His eyes narrowed. The girl was asleep; curled up on his bed in a tight, little ball. He’d told her to stay awake, but had she listened? No.
Not really a surprise. Not really a disappointment, either, since it would give him another excuse to discipline her. That was always fun. Occasionally, of course, it went too far. Then you had a body to dispose of, which could be a problem. And, he didn’t need any problems right now.

But, maybe he had one, anyway? The fact that she was still alive was not a good sign. He really should have killed her that first night.

She was supposed to have been disposable. She had no psychic power worth speaking of, no special abilities, no talents. At least, none that were spirit based. There were some things she did very well, but that, perhaps, was not surprising, either. She was young, she was female, and he’d been locked away for a very long time. It could just be the novelty had yet to wear off.

He’d planned on making her his ritual sacrifice. A welcome home present to himself. But something had changed his mind. A couple of things, actually.

First of all, he’d already had his kill; that old nun who’d testified against him, and helped send him away. He’d returned the favor, and helped send her to the afterlife. It was just too bad she was already more than half dead when he found her. It would have been so much more fun if she’d struggled a little more. It would have been so much more satisfying if she’d died more slowly. A lot more slowly.

But, he hadn’t counted on her personality being what it was. He hadn’t expected to find someone whose darker side was almost as dark as his own. It intrigued him. It still intrigued him. He hadn’t planned on being intrigued.

Sometimes, the fun you didn’t plan for became the greatest fun of all.

After that he could kill her.


To read another excerpt from Visions Before Midnight go here:
http://www.oberoncalifornia.us/Visions.htm
To buy the book go to:
http://www.allromanceebooks.com/product-visionsbeforemidnightoberonbk7-8572-149.html
Posted by PG Forte at 8/23/2010 03:00:00 AM No comments:

Thursday 13 ~ New Genre-blenders I'd Like to Try (cross posted)

I'm blogging at the Nine Naughty Novelists today all about new sub-genre crosses I'd like to try... 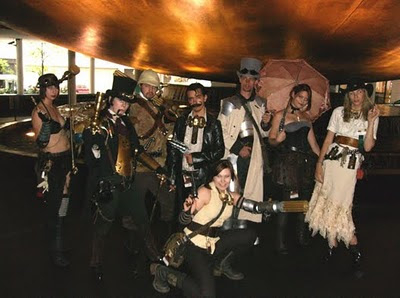 Party with the Nine Naughty Novelists!

Do you like books, music, presents, jokes, chocolate, and fun? Well then what are you waiting for? Come on over to the Nine Naughty Novelists' Blog! http://www.ninenaughtynovelists.blogspot.com And join the party!

Of course, we throw a party every month on the ninth, but this month we're pulling out all the stop to welcome our newest member, Naughty Novelist Juniper Bell. Come join the fun. Leave a comment, offer Juniper some advice on dealing with the rest of us, spill some of our deepest secrets, or make some up!  Prizes this month include a copy of each of Juniper's books and some delicious Vosges chocolate. 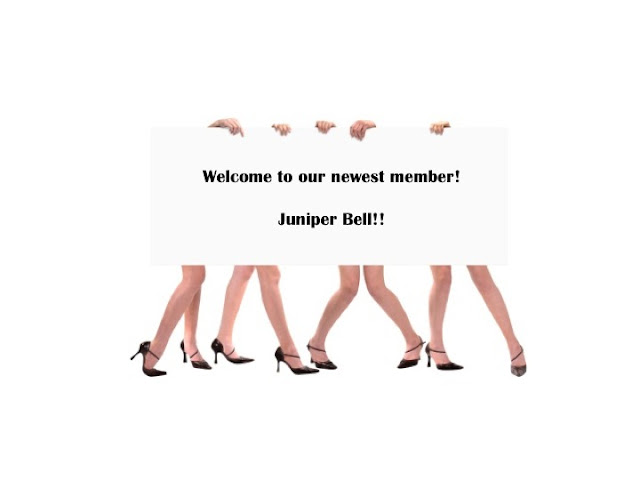 Yesterday, Judge Vaughn Walker released his decision finding California's Prop 8 unconstitutional. If you haven't read the 136 page ruling, you should because it's beautifully crafted and I no longer begrudge him the time it took to get it all worked out. lol! No, really, I couldn't  imagine what was taking so long. This did not seem to me to be a difficult decision. Whatever. It was worth the wait. You can download the full ruling here: http://tinyurl.com/2dnuweo And I strongly suggest you do, because it's fascinating reading!
But, in the meantime, here are 13 quotes pulled from the ruling more or less at random--because, seriously, this document is gold. if I had to pick the best 13 quotes, I don't know that I could!

#5. The gender of a child’s parent is not a factor in a child’s adjustment. The sexual orientation of an individual does not determine whether that individual can be a good parent. Children raised by gay or lesbian parents are as likely as children raised by heterosexual parents to be healthy, successful and well-adjusted. The research supporting this conclusion is accepted beyond serious debate in the field of
developmental psychology.
#6. Religious beliefs that gay and lesbian relationships are sinful or inferior to heterosexual relationships harm gays and lesbians.
#7. The Proposition 8 campaign relied on fears that children exposed to the concept of same-sex marriage may become gay or lesbian. The reason children need to be protected from samesex
marriage was never articulated in official campaign advertisements. Nevertheless, the advertisements insinuated that learning about same-sex marriage could make a child gay or lesbian and that parents should dread having a gay or lesbian child.
#8. California, like every other state, has never required that individuals entering a marriage be willing or able to procreate.

#9. Marriage is the state recognition and approval of a couple’s choice to live with each other, to remain committed to one another and to form a household based on their own feelings
about one another and to join in an economic partnership and support one another and any dependents.
#10. Marriage benefits both spouses by promoting physical and psychological health. Married individuals are less likely to engage in behaviors detrimental to health, like smoking or
drinking heavily. Married individuals live longer on average than unmarried individuals.
#11. Same-sex love and intimacy are well-documented in human history. The concept of an identity based on object desire; that is, whether an individual desires a relationship with someone of the opposite sex (heterosexual), same sex (homosexual) or either sex (bisexual), developed in the late
nineteenth century.