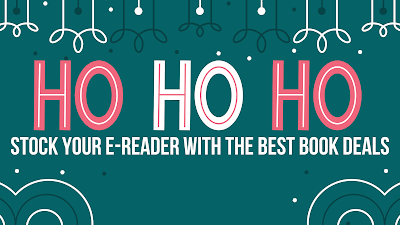 Have you seen this year's Stocking Your E-Reader Sale? Check it out at: http://bit.ly/2020StockingSale for awesome reads from today's best-selling and hot new authors in the #pnr #urbanfantasy and  #fantasy genres.
PLUS, need a new Kindle? Enter to win one! Sale and contest runs through December 30th.
#booklover #bookdeals #ebooks
Posted by PG Forte at 12/28/2020 05:44:00 PM No comments:

Free For the Holidays! 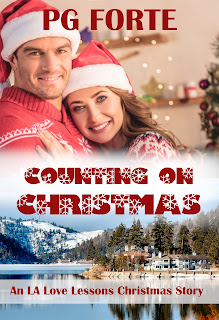 My Ugly Christmas Sweater story, Counting On Christmas (which is a sequel, of sorts, to Let Me Count the Ways) is currently available as a FREE READ. Mike's been a very good boy this year and Santa Claire has the perfect present picked out for him--one that's both naughty and nice! ​
***This story was originally released as part of the Nine Naughty Novelists' Ugly Christmas Sweater story collection *** ​
Click HERE to download.

This story is ONLY available during the Holidays--to make it a little special--and THIS YEAR, to make things even MORE special, I've decided to make Let Me Count the Ways available too. 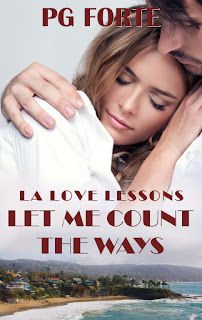 Sexy former film star Claire Calhoun is used to having her pick of studly young men. Now that she and Derek have called it quits, however, the actress-turned-entrepreneur is feeling vulnerable. After one mojito too many at a party one night, she decides it would be fun to try something new-in this case, Mike Sherman, her staid accountant and long-time fan.

Claire has been Mike's fantasy since the first time he saw her bare it all for the camera. Now that she's in his bed he'll do whatever's necessary to keep her there. But he's not a stalker, right? He's just a devoted fan.

And here's an excerpt from Let Me Count the Ways. Because I  love excerpts.

The gallery was crowded. The music was loud and not to my liking. And although some of the art on display was interesting enough, let’s face it; I wasn’t in the market for any more investments. I’d sunk almost everything I had into The Body Electric, which was still in its ‘hot new thing’ phase. Sure, business was good—for now. But who knew how long that would last?

Still, the evening wasn’t a total loss. The drinks were complimentary and the bartender was to die for. I sipped my mojito and looked him over once again.

He caught my look and smiled. “How is everything?” he asked, meaning my drink.

“Just delicious,” I replied, making sure he knew I didn’t.

Could I just say right here that I love men? For, oh, so many reasons. Just the sheer maleness of them. Even the sight of a five o’clock shadow on a rugged, square chin can turn me on. Can make my skin burn. Can make my fingers itch with the urge to touch and make me quiver as I imagine soft, sandpapery warmth in all my most sensitive places. Then there’s the strength in their hands, their fingers. The softness of their lips. The musk of their sweat. I swear those veins that stand out on their arms when they flex their muscles are enough, sometimes, to make me crazy. Not to mention the muscles themselves.

The bartender had it all going on—including a killer smile and a soulful, sweet expression beneath a pair of jet black brows. He was an actor, of course. Just like everyone in this town. At least, everyone under twenty-five. That seems to be the cut-off. By twenty-six you know if you stand the ghost of a chance or are just marking time. If you’re still in the business at twenty-eight it’s because you’ve either tasted success or figured out that there’s nothing else you’re suited for.

“What’s your name, sweetie?” I asked, getting into the role. The bartender’s eyes lit up.

“Javier,” he replied, with another deadly smile.

I pushed my glass across the bar and returned his smile with one of my own; every bit as lethal. “Well, Javier, the ice in my drink has begun to melt. Why don’t you be a darling and see if you can’t find a way to freshen it up for me, okay?”

His smile disappeared. “Right away, Miss Calhoun,” he said as he hustled away.

“Claire,” I murmured watching him run. Have I mentioned he had a nice butt, too? “Call me Claire.”

Would Javier sweetie really be quite so attentive if I was just a washed-up, not quite middle-aged, no-one-in-particular? Not bloody likely. But even tarnished stars still have some shine. No doubt he thought I could open doors for him. That I knew people who knew people who would give him a break. And maybe I did. Maybe I would. For a price.

Cold? Possibly. But don’t expect me to shed any tears over yet another aspiring Adonis. This town is full of them. And, male or female, we all have to pay our dues. There’s only one real difference between Javier and me and it’s this: when I was in his shoes I was wearing heels.

In less than a minute, he was back with a fresh new mojito. I smiled my thanks. “So, Claire, what are you doing after the party tonight?” he leaned in to ask, ambition gleaming brightly in those sweet brown eyes. No doubt he’d checked out the room while he was re-filling my drink. He’d obviously concluded that I was either the biggest name here or the easiest to hit on. Maybe both. The next move was mine.

Before I had a chance to make it, however... “Red wine, please,” a man’s deep voice ordered sharply.

Startled, Javier scrambled back to work. I turned to find Mike looming menacingly behind me. He looked quite resplendent tonight, if a little grim, dressed in charcoal pin-stripes paired with an olive silk shirt.

Mike snorted in amusement. “Don’t I wish. No. Dolce and Gabbana.”

“Also nice.” I continued to study him, idly twirling the straw around in my glass. “You clean up good.”

“Thank you,” Mike said, shooting another stern glance in Javier’s direction. The slight clenching of his jaw drew my attention higher, to the small, brownish gold stone shining in his left ear lobe.

“Is this new?” I asked, reaching up to touch it, my fingers grazing his cheek as I did. Mike’s eyes widened into an astonished expression. His gaze flew to my face.

Mike shook his head. “No. Not at all.” Red stained his cheekbones. His skin felt very warm against my fingers.

“Liar.” Clucking my tongue, I withdrew my hand. My eyes, however, stayed locked with his and a familiar thrill ran through me. I love being desired. Who doesn’t? I love that flash of heat that flares in a man’s eyes when he wants you. I could see it in Mike’s eyes now and it made it hard to look away.

“Your wine, sir,” Javier murmured from somewhere far away. We both ignored him.

“Oh? So is this a special occasion?”

For more freebies, please be sure and check out my holiday free reads at:  https://www.pgforte.com/only-for-the-holidays

OR join my FB reader group in the next couple of days to get even more freebies: https://www.facebook.com/groups/TheCronesNest

It's the Winter Solstice--and a very special one, what with the Jupiter-Saturn conjunction happening TODAY. And, God knows, we all need a little Christmas Magic to turn this trainwreck of a year around--or move it off the tracks or whatever metaphor works for you. But, being as it is the solstice, I couldn't let the opportunity pass to post a Winter Solstice excerpt.

I  live for excerpts, after all.

This is from OAK (previously published as The Oak King) which is ON SALE for the next few weeks along with several of my Winter-Holiday--themed stories (details below). Enjoy! 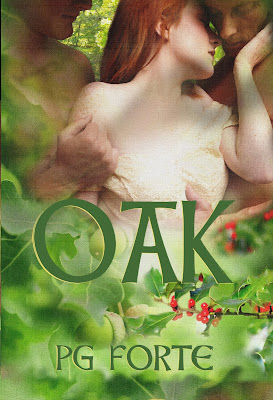