No Waiting for the Big Audi-O 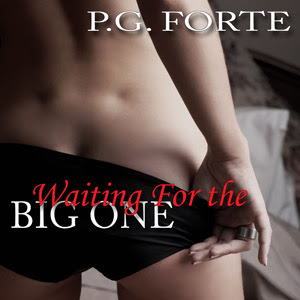 Waiting for the Big One, my first erotic-romance and still my shortest book ever is now available as an audio-book from AudioMinx


BLURB: Everyone in LA is waiting for The Big One - the big break or the big quake. Gabby's no different, but she's also waiting for the Big O—the elusive, G-spot, ultra orgasm.


She thinks Zach, the super hot musician who's just moved into her building, might be able to give it to her. But her friend Derek, a martial arts instructor with whom she's co-writing a screenplay, keeps getting in the way.


Gabby refuses to even consider Derek for the role of soul mate because she fears sex will ruin their friendship. Derek has his own script in mind, and it doesn't include sharing Gabby with anybody.


When an early morning earthquake hits LA, Gabby realizes who her leading man has always been.  As for the Big O...well...she's ready for her close up.

This is the book my critique partners all-but dared me to write. It was intended as part of an astrology-themed series, hence the preponderance of astro references with which some reviewers found fault. (boo, hiss. Some people just can't take a joke.)

This was also just about the funniest book I ever wrote, at least until I started writing with the Nine Naughty Novelists. (our even more totally humorous story, the first of many, I hope, can be found HERE)

I'm ridiculously excited about this release. Perhaps because it's my first audio-book (lot of firsts there). Or perhaps it's just because I feel like the narrator nailed my viewpoint character, Gabby. But, don't just take my word for it, have a listen: