1856, New York City. Moments after Conrad Quintano drives his life-mate away, heartache and guilt descend around his heart like a pall. Convinced that Damian’s hatred is as permanent as the scars Conrad has inflicted on him, Conrad steels himself for an eternity of emotional torture.

Present day, San Francisco. For the sake of vampire twins Marc and Julie Fischer, Conrad and Damian present a united parental front. In reality, their truce is a sham. Conrad, weakened by his recent ordeal, struggles against the urge to bring his mate back to his bed. And Damian misinterprets Conrad’s explosive temper as proof their relationship is irreparably broken.

When an old enemy’s quest to create a dangerous new breed of vampire threatens the twins’ lives—and the precarious state of vampire peace—it’s imperative the estranged lovers put the past behind them. Or the shadows of the past will tear apart everything they hold dear. 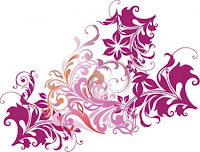 Old Sins, Long Shadows is one of those 'books of the heart' that demand to be written. Originally, Conrad and Damian's story was supposed to be long over by the time the series started. Then, once I realized they both wanted--desperately to get back together, I expected this would take some time--and several books to bring about. But my characters had other ideas. This book haunted me until I finally had to rearrange the entire series to bring them their happily ever after sooner rather than later. ...

Here's how their story began...

Home is where the heart bleeds.
Now Comes the Night
Children of Night, Book 3
Growing up, vampire-born twins Julie and Marc Fischer were taught one simple fact of life: you can choose your food, but not your family. Six months after moving to San Francisco, though, the new challenges and choices each are facing are a Gordian knot of complicated.
Marc must decide whether to stay with Conrad and Damian, the only family he’s ever known, or embrace his destiny and the unexpected family—the ferals—that comes along with it. Meanwhile, Julie is forced to deal with the unpleasant realization that the man she loves isn’t necessarily the man who’s best for her.
For Conrad and Damian, the holiday season is stirring up bittersweet memories, and neither can keep from revisiting past passion and pain.
Faced with new mysteries to solve, new alliances to forge, new secrets to keep, and old relationships to rebuild, it’s no wonder the Fischer-Quintano vampires long for the good old days—when food was food and family was all that mattered.

If you’ve previously suffered from Disco Fever, this book could precipitate a relapse. Extreme care is recommended for anyone with a pronounced weakness for mistletoe, fang play, pretty young men of either species or extremely dangerous alpha-male vampire single dads. May contain trace amounts of polyester.