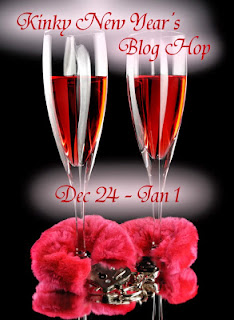 I think  you'd approach New Year's a little differently if you were a vampire. Especially after the first several hundred years. With so many chances to get things right--and so many years to regret mistakes-- I suspect every New Year's Eve would be either more poignant or less momentous for the undead.

At least that's the premise I've been working with in my Children of Night series. I'm highlighting this series in this post because the newest book in the series, To Curse the Darkness just released on December 22.

My vampires are, not unexpectedly, living under cover, attempting to blend in and act like humans. As a result, they end up celebrating all sorts of holidays, New Year's Eve among them. In fact, in the course of just two books in the series--Now Comes the Night and Ashes of the Day--they celebrate a total of five different New Year's Eves: from 1968 up until the present.

Here's an excerpt of just one of them. This is from Ashes of the Day:

Damian leaned against the railing of the second-floor balcony and cast a jaded eye over the crowded ballroom below. The decorations were a tad overdone, in his opinion. Gaudy gold-and-silver Mylar festooned every surface—the bar, the tables, even the walls. The glare all but blinded him. Overhead, a billowing mass of champagne- and platinum-colored balloons were tethered to the ceiling, awaiting the stroke of midnight, when they’d be released. The last day of the year had dwindled down to the final hour. Y2K was on the verge, that ticking time bomb that would shortly send the world hurtling back toward the dark ages…or not.

Either way, Damian could not find it in himself to be concerned, or even very interested, in the fate of the world. The new millennium, as most people counted it, was about to begin. For the time being, it was still 1999 and the throng of people gathered on the hotel dance floor was certainly partying like it.

Exhibiting far more enthusiasm than skill, the crowd sang loudly along with Prince’s signature anthem as they bounced and gyrated to the music. The once-familiar song struck a bittersweet chord in Damian’s heart and he closed his eyes as nostalgia overwhelmed him. How many times had he danced to this same record back when it was first popular? He didn’t feel even remotely like dancing tonight. Hadn’t felt like dancing in years.

Memories rose in his mind of a supple young body pressed tight against his own, warming his back, more often than not. He remembered arms holding him possessively close, sweet lips dropping kisses all along his cheek, his neck, his shoulder…

He remembered the feel of strong hands splayed on his hips, guiding him as they moved together, thrusting, grinding, taunting each other with graphic reminders of everything they’d be doing together later in bed.

Oh, how he longed to feel that way again, careless and wanton, desired, loved. Oh, how he longed to hear that sexy voice whispering in his ear. To feel those muscular arms encircling his waist or his neck, or wrapped around his shoulders. To see that smile, hear that laugh, just one more time.
Knowing those wishes would never come true, that those days of joy and innocence were lost to him, gone for good, never to return, did nothing to improve his mood.

Folding his arms across his chest, he surreptitiously touched the small gold rings with which his nipples had been pierced. The rings had been Paul’s originally, a final gift of sorts. Since he was Vampire, the pain had been mild and fleeting. The tiny wounds had healed almost instantly and had done nothing to ease the heavy sense of loss that weighed against his chest. Perhaps if the physical pain had been more intense, more prolonged, more on par with his emotional pain, it might have helped distract him from his inner turmoil. As it was, all he’d had to make do with was Conrad’s anger. While that was certainly painful to endure, it didn’t so much detract from Damian’s distress as add to it.

“Slaves were once made to wear such things,” Conrad had complained when he learned what Damian had done. “Is that your wish? To be thought of as a slave now? Is that how you want people to think of you? Is it how you want them to think of me?”

“¡Ay, puñeta!” Damian had snarled, baring his teeth and shocking himself with his own boldness. “Déjate de leches. Tell me, who are these people about whom you’re so concerned? And what has any of it to do with you? Are the rings yours? Did you force me to wear them? No! So why should you have a say in this at all? Why do you even care what I do?” It was not his usual habit to disregard his sire’s wishes so recklessly or to respond so rudely to his complaints. No one spoke to Conrad in that fashion. No one without a pronounced death wish, that is.

Is that what it’s come to? Damian wondered. Am I so weary of drawing breath I’m looking to end it all? Perhaps he was.

“Silence,” Conrad commanded. “You go too far. Have you forgotten who I am that you dare speak to me in this manner? Are you trying to make me lose my temper?”

Damian looked away. For all that a shudder ran through him when he contemplated the likely result of Conrad’s losing his temper, he still couldn’t honestly say no, that wasn’t exactly what he was trying to do. He needed something, didn’t he? Needed something drastic and extreme, something strong enough to pull him out of the abyss of grief he’d fallen into. Anything was preferable to what he was feeling now.

“Everything you do concerns me,” Conrad said after a moment, his voice lower but no less intense. “Don’t ever think otherwise. You’re a part of me, Damian, a part of my family, blood of my blood. Nothing will ever change that. And I will always have a say. Always.”

And that, Damian thought, was precisely where the problem lay. It was obvious that what Conrad objected to most of all was the idea of someone else’s “mark” being made visible on Damian’s body—a body Conrad still thought of as belonging to him, however little he wanted anything to do with it anymore.

Yes, the small bits of metal would last for centuries—another of Conrad’s complaints, and far more valid than the rest, in that at least it was true. They were as permanent a reminder of Paul as any Damian could think of, something he would carry with him wherever he went, something he could keep symbolically close to his heart for potentially the rest of his life. But what right had Conrad to rage about that either? None at all. Not when he himself had two living, breathing vampire children to remind him of his last lover. As a bequest, they had no equal. As a memorial, nothing else could come close. Of that Damian had no doubts whatsoever. They were his one saving grace, the only things that made his life worth living…

“A penny for your thoughts,” Conrad said, appearing at Damian’s elbow with two glasses of champagne in hand.

Damian started. As his mind returned to the present, the first thing that struck him was that the same song was playing—whether again or still he didn’t know. Memories washed over him once more and his heart twisted in grief. How was it the years could flash by, while the minutes lagged? Time was cruel, fickle, wearisome. How much more could he bear before it broke him?

“What’s wrong? Is one penny not enough? Perhaps you’re holding out for more?”

“What are you talking about?” Damian snapped. “More what?”

Conrad frowned. “Why must you scowl at me in that fashion? I did not invent the phrase and I’m quite sure I used it correctly. If you think I meant to imply your thoughts were not worth very much, I assure you you’re mistaken. I merely intended to inquire what was on your mind.”

Damian sighed. “Of course. I beg your pardon. Your use of the vernacular is exemplary. But I have nothing whatsoever on my mind—not even a penny’s worth.” He waved at the dance floor. “I was merely observing the crowd.”

“Ah.” A pleased smile curved Conrad’s lips. “Getting hungry, are we? Good. I’m pleased to hear your appetite’s returning.”

“No, I’m not particularly hungry.” There was only one taste Damian was craving, and as he had virtually no chance of satisfying that craving… “It all seems somewhat pointless, I’m afraid.”

Conrad’s smile disappeared. “Here,” he said, handing Damian one of the glasses. “Take this, at least. You look as though you could use something.”

“Thank you.” Damian took the glass and looked at it with distaste. Here was something else he’d felt no inclination for in well over a decade. “But I’m not, as they say, in the mood for it.”

“Hold on to it just the same,” Conrad said when Damian attempted to give him back the glass. “You’d do well to keep up appearances.” He studied him for a moment then asked, “Damian…you would tell me if there was anything you needed, wouldn’t you?”

“Of course,” Damian replied dutifully, lying again because what was the point of anything else? The truth wouldn’t do either of them a damn bit of good.

I'll be gifting one lucky visitor with digital copies of both Now Comes the Night and Ashes of the Day. Just comment below for the chance to win!

To read more about the series, check out the Children of Night series page on my website: 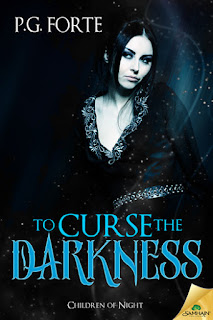 A little knowledge can be a dangerous thing…
Children of Night, Book 6
When Conrad goes full disclosure on the twins’ heritage, Julie isn’t all that surprised. She’s already figured most of it out. But Armand’s shock over learning the woman he loves was born vampire drives him away for space to think. The chasm between Conrad and Damien yawns wider than ever as Conrad grapples with the pain he’s unintentionally inflicted.
As all hell breaks loose at home, Marc is dangerously out of touch on a trip down the coast to find Elise and bring her home—though she insists he’s a fool to trust her.
Armand, still struggling with his own feelings of guilt, inadequacy and betrayal, returns to find the Fischer-Quintano house in chaos. Julie is determined to go ahead with her plans to save Georgia for Conrad’s sake, though the knowledge she seeks—and the venom-drenched ritual she must endure to get it—could cause her to lose her mind. If not her life.
Warning: Handle with care. Contents are under pressure. Contains past violence, present violence, future potential violence, including, but by no means limited to, matricide, fratricide…possibly even patricide. In short, pretty much everything you’d expect to find in a multi-generational vampire love story.