The one about the friends... 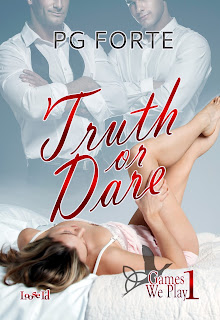 Check out  Candace Carrabus' new newsletter, out now. Featuring an excerpt from yours truly.  http://candacecarrabus.com/todays-ride-meet-author-pg-forte/

And Look what's new from Jenny Schwartz: STORM ROAD is live AND only 99c until April 14.

"When a woman with secrets saves a man hunted by a ghoul, the choice is stark: salvation or damnation.
Major Dean Fortescue, JAG lawyer and former marine, enters the Southern Appalachian Mountains to find his aunt, who has gone missing. He discovers her house burned down, a ghoul in residence, and a mysterious woman who claims to control the weather.
Beulah Morgan is a weathermage, home after months away on a scientific research vessel in the Southern Ocean. When her mountain retreat is invaded by death magic, old memories resurface and with them a chilling terror.
Children will die unless Beulah trusts Dean, he trusts her magic, and together they face a ghoul that was bound during the Civil War, but recently freed by a reckless wizard mercenary."
Storm Road is only available through Amazon: https://www.amazon.com/dp/B06Y2M2MR9/
Finally, Kelly Jamieson also has a new book out this week. DANCING IN THE RAIN
"Happily ever afters aren’t just for fairy tales. In this heartfelt novel, a retired athlete must become a father to the daughter he never knew—just as he discovers the power of love with a woman who reignites his passions.
Drew Sellers is drowning in broken dreams and empty beer bottles. Hockey was his world, until a bum knee reduced him from superstar to has-been. Then he learns that, thanks to a one-night-stand back in college, he’s the father of a preteen girl with major issues. Her protective aunt sees right through Drew’s BS, but “Auntie P” is no stereotypical spinster. With her slender curves, toned legs, and luscious lips, she has Drew indulging in fantasies that aren’t exactly family-friendly.

At another point in her life, Peyton Watt would have been all over a cocky alpha male who pushes all her buttons like Drew. Right now, though, she needs to focus on taking care of her niece during her sister’s health crisis, all while holding down a job and keeping her own head above water. Besides, Drew’s clearly no father of the year. He’s unemployed. He drinks too much. And he’s living in the past. But after Peyton gets a glimpse of the genuine man behind his tough-guy façade, she’s hooked—and there’s no going back."

PLUS Kelly's doing a takeover in her own reader group tonight

:-   (cause that's the way you do it! lol) Come party with her Thursday at 8 EDT to celebrate the release of Dancing in the Rain (and who knows what else) and there are giveaways!
https://www.facebook.com/groups/SweetHeatReaders/