This is the beer and pizza scene from Love, From A to Z. It's a little bit spicy (and I'm not just talking about the pizza--haha) and I'm posting it for Erin Nicholas, Queen of...too many things to list right now. lol! 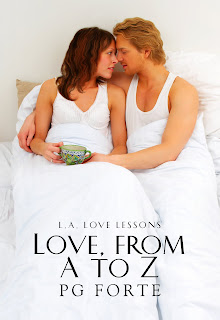 Heiress April Valenzuela has everything a girl could ask for--except love. But when her memory goes missing, she learns that all the money in her bank account won’t buy it back. Good thing she has hunky guitarist Zach Harris on hand to teach her everything she needs to know about love, from A to Z.